Ping Fang (1965) and Taco van der Mark (1967) completed their seven-year course in Traditional Chinese Medicine at the Qing-Bai Academy in Amersfoort and the Shenzhou Open University in Amsterdam. After one year, they completed the two-year basic training course on herbs, followed by a two-year study in acupuncture and one year of tuinamassage and Western Medical Basic Professional Training. Both of them also teach at Qing-Bai Academy (Chinese Herbs).

Under the guidance of Dr. Li Jie – professor at the TCM University in Shandong and director of the TCM Classics Research Institute in Nijmegen – they study the most important classical Chinese medical works Nan Jing (2012), Shang Han Lun (2013) and Jin Gui Yao Lue (2014). The name of their practice Ping Shu Yuan, is also owed to Dr. Li Jie. In addition to theoretical study, they follow arranged internships in China, refining their practical skills.

Ping completed her studies in political science and philosophy in 1987 at the University of Sichuan in China. Taco obtained a doctorate in social history at the Erasmus University in Rotterdam in 1995 and completed a postgraduate course in journalism the following year. In 2005 Taco received his diploma as yogateachter at Yoga Academie Nederland (YAN).

For years, Ping worked as a civics teacher at a secondary school in China. In 1995 she came to the Netherlands and worked in health care. Taco was a journalist with the Haagsche Courant and later worked for the children’s aid organization Terre des Hommes.

For years they themselves struggled with various health problems, such as Crohn’s disease, Irritable Bowel Syndrome, RSI, nightsweats and headaches. Their quest for a healthy and balanced life has brought them into contact with Qigong, meditation and Traditional Chinese Medicine.

They would like to share and pass on the wisdom and knowledge of Traditional Chinese Medicine, Buddhism and Taoism. They know from experience how important these may be in the search for love, happiness and health.

‘If one’s heart is calm and peaceful then the universal energy flows freely and in harmony in the body. How can disease occur?’
(Huang di Nei Jing, 2nd century BC) 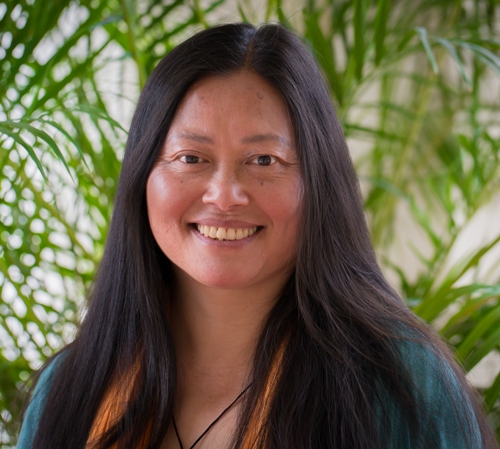 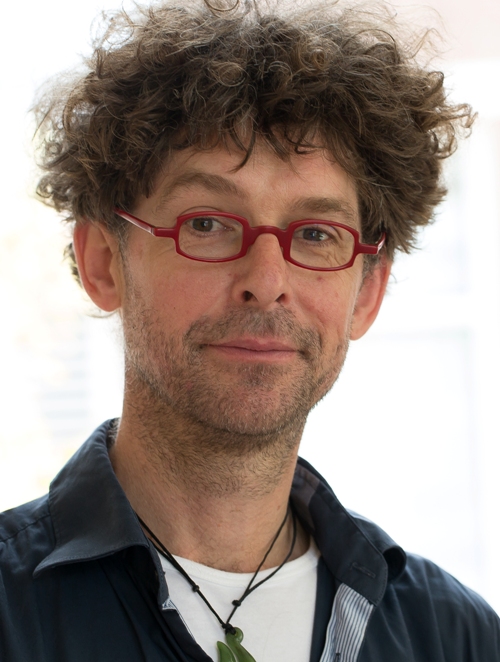 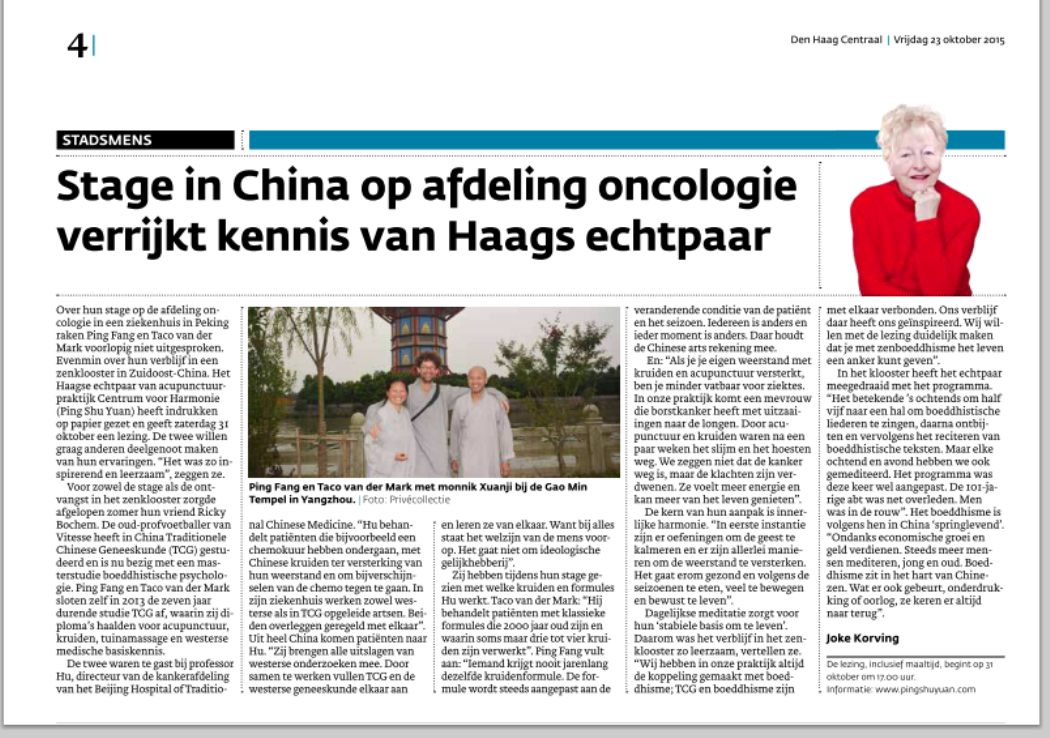 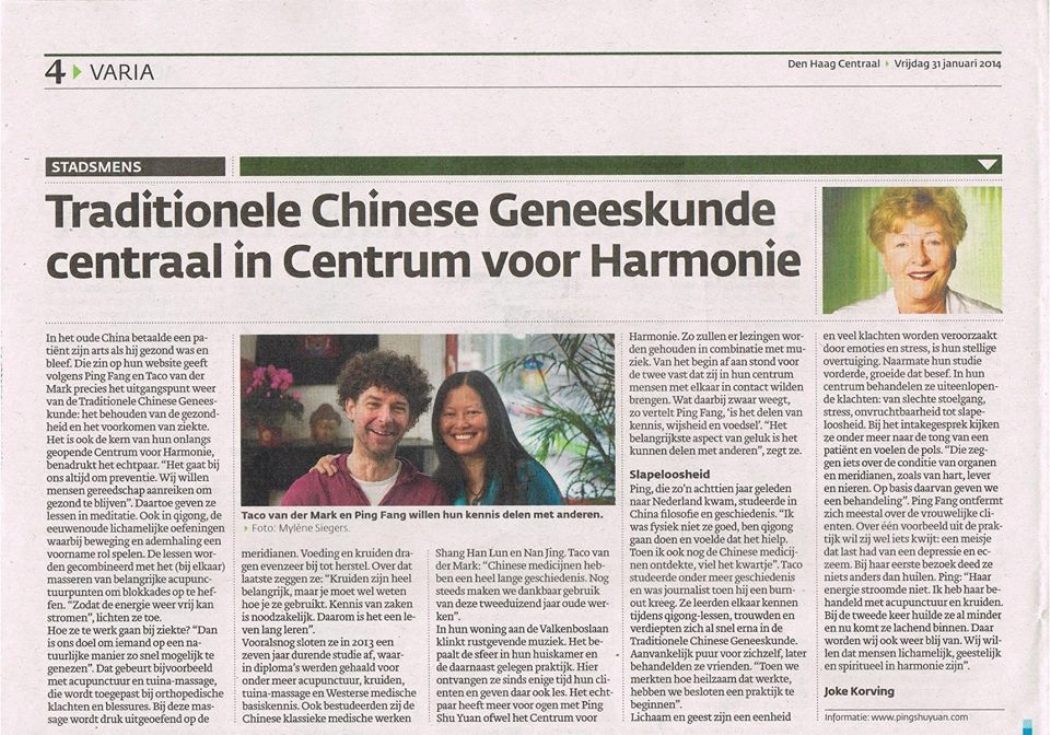 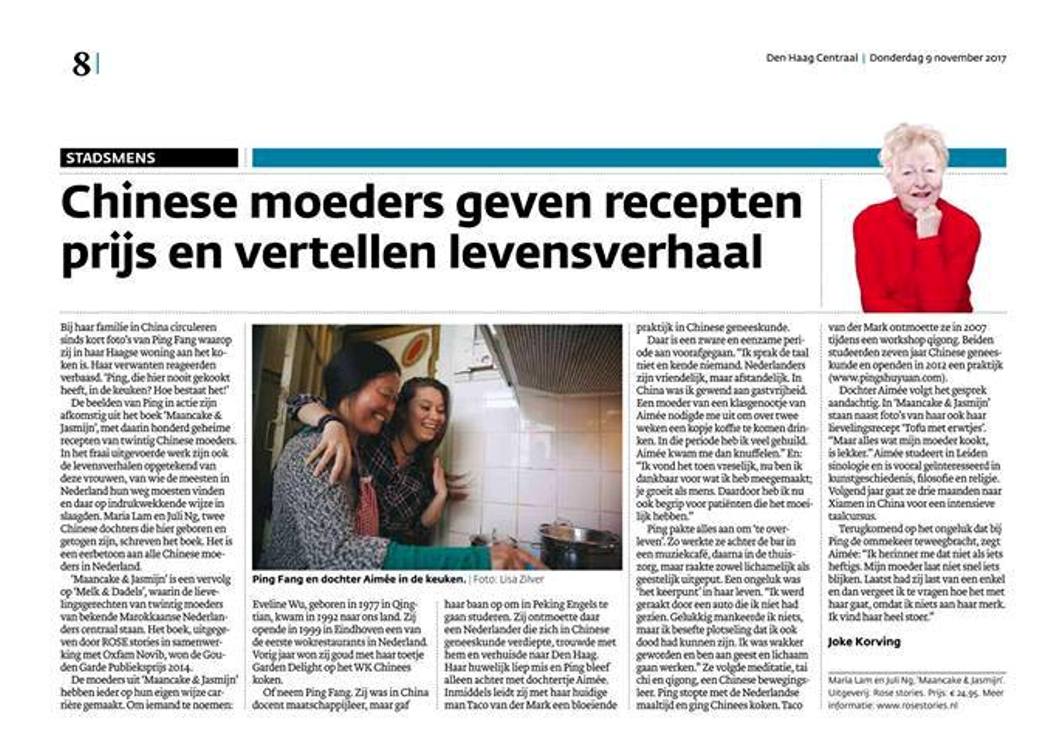